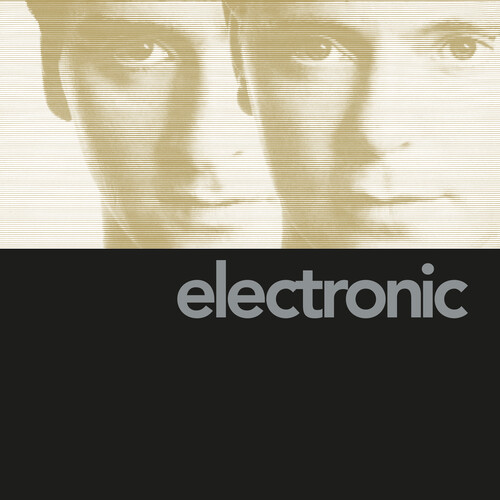 Vinyl LP pressing. Electronic were the coming together of Bernard Sumner and Johnny Marr in 1987. This was the year of the sudden and wholly unexpected demise of The Smiths, who imploded in July after Marr left the group. Two months later, midway through a North American tour, Bernard Sumner shocked his bandmates by announcing that he planned to take time out from New Order. The project was a joyous Venn Diagram of Sumner and Marr's influences. Although ostensibly coming from different disciplines, the experimental dance-pop of New Order and the full-bodied jangle of The Smiths, their common interests were many: dance music, a good tune and pushing musical boundaries. At the time of release (May 1991), Electronic was met with huge acclaim and stands up as one of the most important electronica albums of all time.