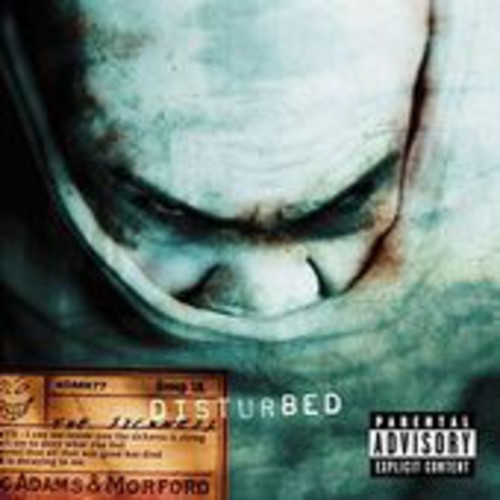 Vinyl LP pressing. The Sickness was the debut studio album by the American heavy metal band Disturbed. The album was released on March 7, 2000 and peaked at #29 on the Billboard 200 chart and it spent more than 103 weeks on that chart. The Sickness has been certified 4x Platinum by the RIAA, with around 4, 248,000 copies sold in the United States alone, making it the band's most successful album. The Sickness is one of three Disturbed albums to have the Parental Advisory label and contain high amounts of profanity. Includes the tracks "Down With The Sickness', 'Droppin' Plates', 'Meaning Of Life', 'Voices' and 'The Game'.