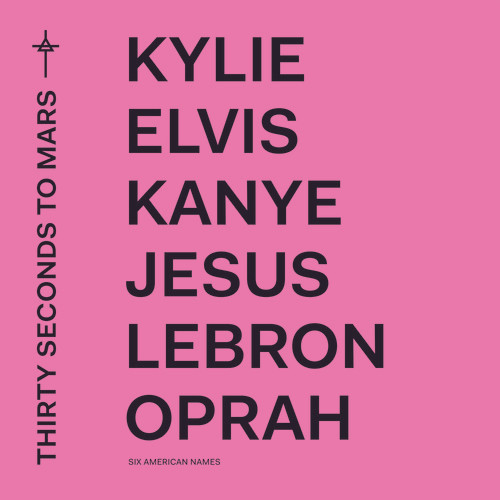 Vinyl LP pressing. 2018 release, Thirty Seconds to Mars' fifth studio album and first new album in five years. "Walk On Water", the first single from the album, spent five weeks at #1 on Alternative Radio and has crossed over 100 million global streams. The album comes on the heels of the second single "Dangerous Night". Los Angeles' Thirty Seconds to Mars formed in 1998. The band is fronted by actor Jared Leto, who provides lead vocals, guitar, bass, and keyboards to the band's recordings. The band is noted for it's energetic live performances and for fusing many music genres. They have been compared to the sounds of bands such as Pink Floyd, The Cure, Tool, and U2, for their philosophical and spiritual lyrics, concept albums and their use of experimental music.